On another trip to Bågø this autumn I spotted a group of Dunlins (and Knots, but they left early on) across a small tongue of land at the very tip of the island. I draped the camo netting over me and started creeping… At some stage the camo netting was so tangled in the growth that I had to leave it, so I kept moving without it. The Dunlins didn’t mind – towards the end of my creep I could have reached out and touched the nearest one! That is when the 300mm f4 lens comes into its own compared to the only other “budget” birding lens from Canon, the 400mm f5.6 – the former has a closest focus distance of just 1.5m, compared to the 3.5m of the latter lens.

Anyway, I was happy to get this opportunity to be so close to these little birds, and I even removed the Extender in the end, leaving it lying in the sand all naked, just to get the best possible sharpness. 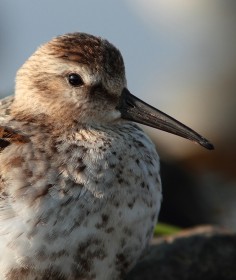 Closeup of the least skittish of the Dunlins. I could have reached out and grabbed it after this shot was taken. 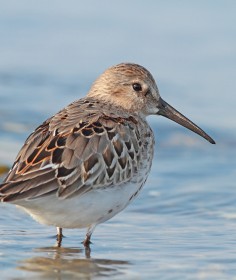 Keeping an eye on me, but no more than that. 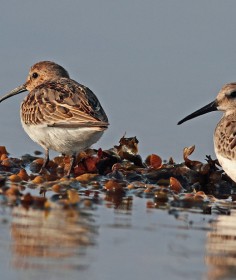 Dunlins do breed in Denmark, but only very sporadically. These are likely migrants from further north. 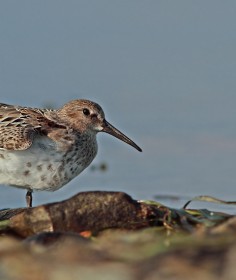 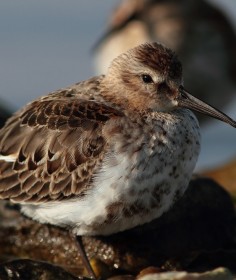